A world-renowned scientist and marine conservationist is gladly pitching in to aid Rascal Voyages’ conservation efforts and meaningful travel.

When you ask Dr Mark Erdmann whether he’s a landlubber or a water baby he makes it pretty clear where he stands.

He much prefers “water over land”. More specifically he loves the waters of the Indonesian archipelago — which he acknowledges is his “favourite place on the planet, without question.”

“It's the land of water, and any place you go in Indonesia, you're going to have more water than land, it's just the way that it is. I think that's one of the things which has kept me excited about Indonesia for 25 plus years, the fact that it's just so diverse.”

A world-renowned researcher, with a PhD in coral reef ecology from the University of California in Berkeley, Mark has lived and worked for the past 23 years in Indonesia, although he is now based in New Zealand with his wife and three children.

He has logged over 12,000 scuba dives while surveying marine biodiversity throughout the region. As Conservation International (CI) Vice President of Asia-Pacific Marine Programs, he’s leading the research efforts undertaken as part of The Rascal Voyages Exploration Series.

Mark’s love of Indonesia began back in the 1990s when he spent over a decade exploring Sulawesi, the Lesser Sunda Islands and the Spice Islands.

Afterwards, he conducted groundbreaking surveys in Raja Ampat and West Papua. Both places have proven to be filled with incredible natural beauty. Importantly, through Conservation International’s work, these islands have now increased their marine park reserves.

“Now, there are nine marine parks within Raja Ampat, and over 20 marine protected areas in West Papua totalling over 4.5 million hectares.” That’s roughly the surface of Bali 8-fold.

“The protected areas are isolated and you’ll find some of the most biodiverse and healthy reefs in Indonesia - if not the Coral Triangle and the planet. Raja Ampat is truly the global epicentre of marine biodiversity and the reefs are very much intact.” 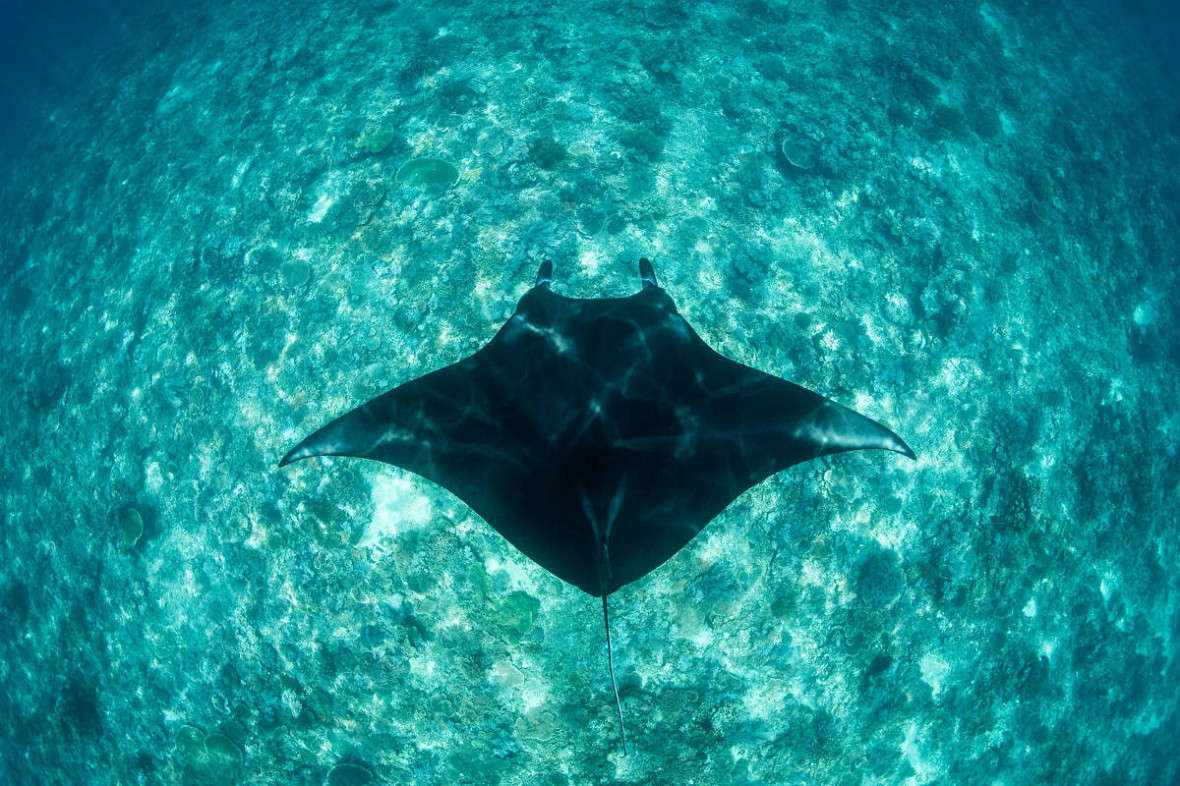 The Experience of a Lifetime

During his time in Indonesia, he has discovered nearly 200 new species of reef fish as well as 31 species of mantis shrimp and a couple of new corals as well. It’s an extraordinary legacy that is sure to grow further with the launch of the Exploration Series.

“We've worked with the tourism community for a long time, but we've never had a partner like Rascal Voyages, who came to us and really wanted to engage in such a meaningful way.”

According to Dr Mark, Rascal Voyages Founder Steve Ebsworth basically “came to us and said, ‘Tell us some really cool things, some unfunded things, that you need to do from a conservation perspective in Indonesia, and we'd love to basically turn this into an itinerary series for our guests.’”

The Rascal team and Dr Erdmann believed that if they could do an expedition with a group of scientists, why not develop a series of itineraries to bring adventurous Rascal travellers along to help do conservation research and have the experience of a lifetime.

“We now have eight initial itineraries that have been developed to take intrepid travellers off the beaten track to participate in high-priority conservation surveys,” Mark says.

“There is limitless potential for us to develop conservation efforts together. Our partnership with Rascal Voyages has gone far beyond what we expected.”

“The vessel is a fantastic research platform while also being really luxurious for guests. We’re undertaking some great research while also providing a great guest experience and we’re looking to blend the two seamlessly.” 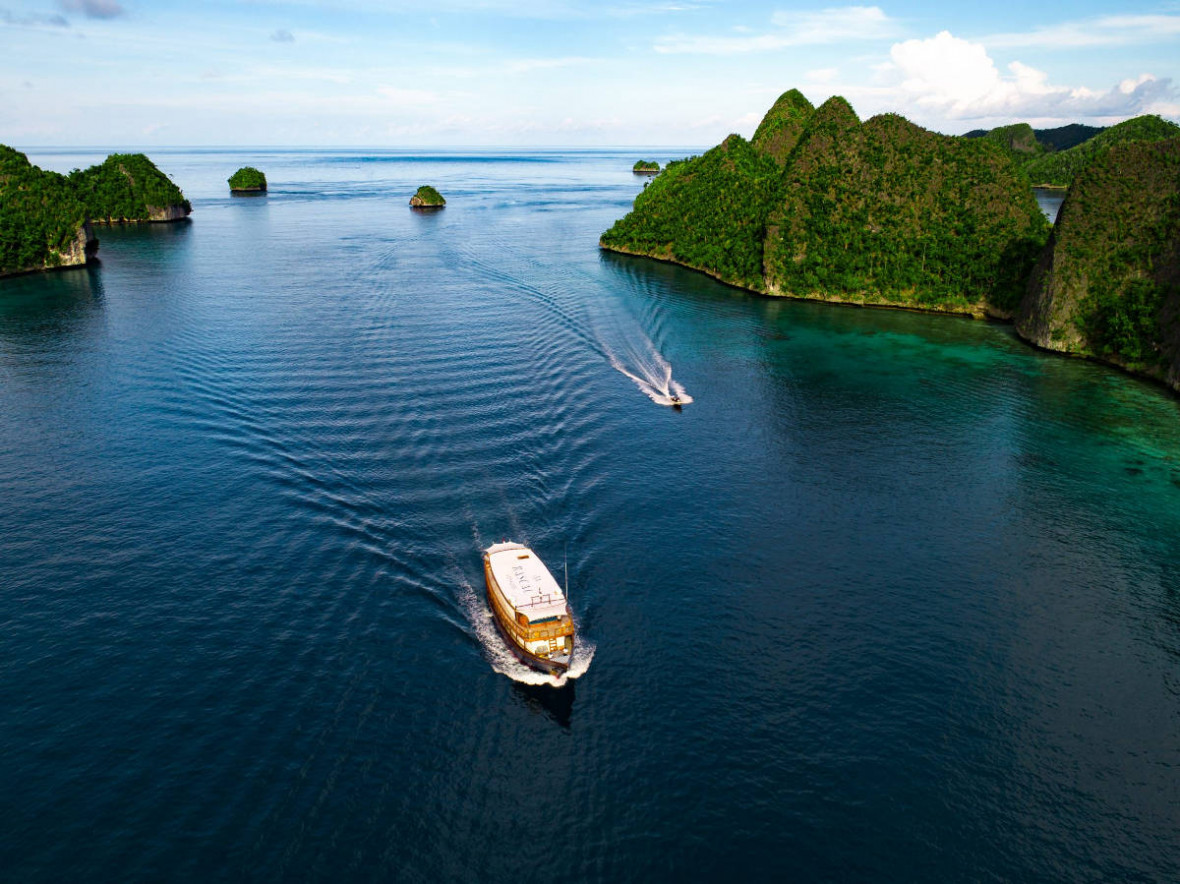 Their approach is a little bit different from that of other NGOs. CI empower and support local governments to make the right decisions.

CI works in close collaboration with local governments and communities, empowering them to take ownership and responsibility of their own natural resources. Mark and the local team of CI conservationists guide and train local communities in marine resource management to ensure that they control their own conservation efforts.

Beyond leading the Rascal Exploration Series, Mark has published 183 scientific articles and five books, including his most recent, three-volume set Reef Fishes of the East Indies, with his colleague Dr Gerald Allen.

He maintains a research associate position with the California Academy of Sciences and was awarded a Pew Fellowship in Marine Conservation in 2004 for his work in marine conservation education and training for Indonesian schoolchildren, members of the press, and the law enforcement community.