Taking to the skies
Ben Simpson

Hong Kong-raised Ben Simpson ventured to Africa as a teen and after a few short years, returned permanently. Having obtained a pilot’s license in Florida in the years between, Simpson’s dreams of a life less ordinary persisted, and he has since gone on to found Tropic Air Kenya, taking visitors on whirlwind tours across East Africa. He talks to us about the view from the top… 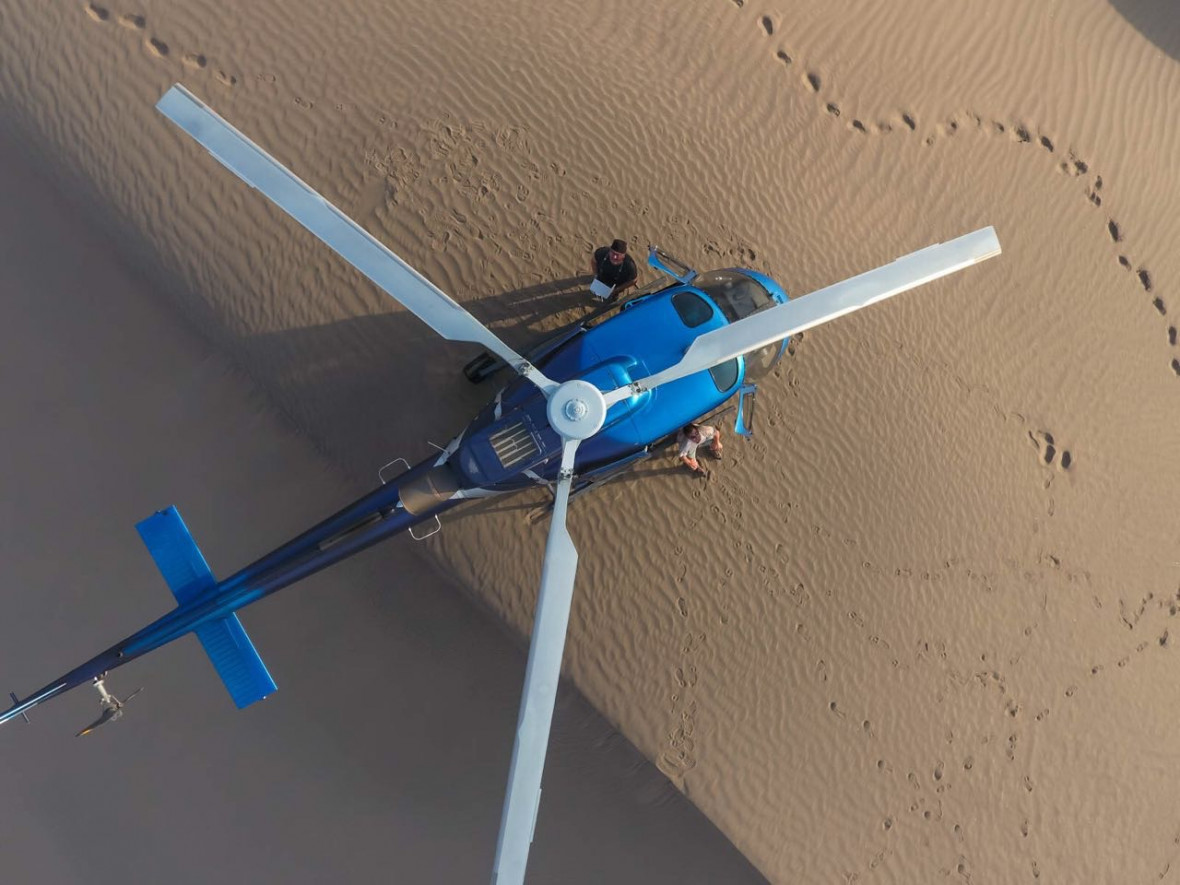 What brought you to Kenya?

When I was 19 I travelled southern Africa with a friend, and we spent three months travelling and surfing. That initially gave me the Africa bug. I came out here following my nose when I was 21 on a one-way ticket and I really didn’t know what to expect. I’d always aspired to do something different than to be an airline pilot, and had thought about Alaska but I didn’t have permission to work in America, so Africa seemed like a really good second choice.

What were some of your first impressions?

In all honesty, had I had the money to leave after three weeks I would’ve left, because it was quite a struggle. I was a little shocked as to what the scene was. But when I decided to stay, I took my paraglide and went exploring the country while I was getting my Kenyan pilot’s license. I set my sights on proper bush flying work and through paragliding, I really fell in love with the place and started to meet people. Then I got a job with a guy based out in the Maasai Mara, and I was out in the bush, doing exactly what I’d envisaged doing.

Sticking it out must have borne some incredible experiences…

I loved the wildness of it all. Over the last 21 years, I’ve gotten to learn most of sub-Saharan Africa from the air. I’ve been lucky enough to see so many amazing features and I’m very lucky to know the geography really well from Uganda to the story of the Nile and the great lakes and deserts – all the special features. I’ve been really fortunate to be able to see all of that and to know it and to share it with other people. 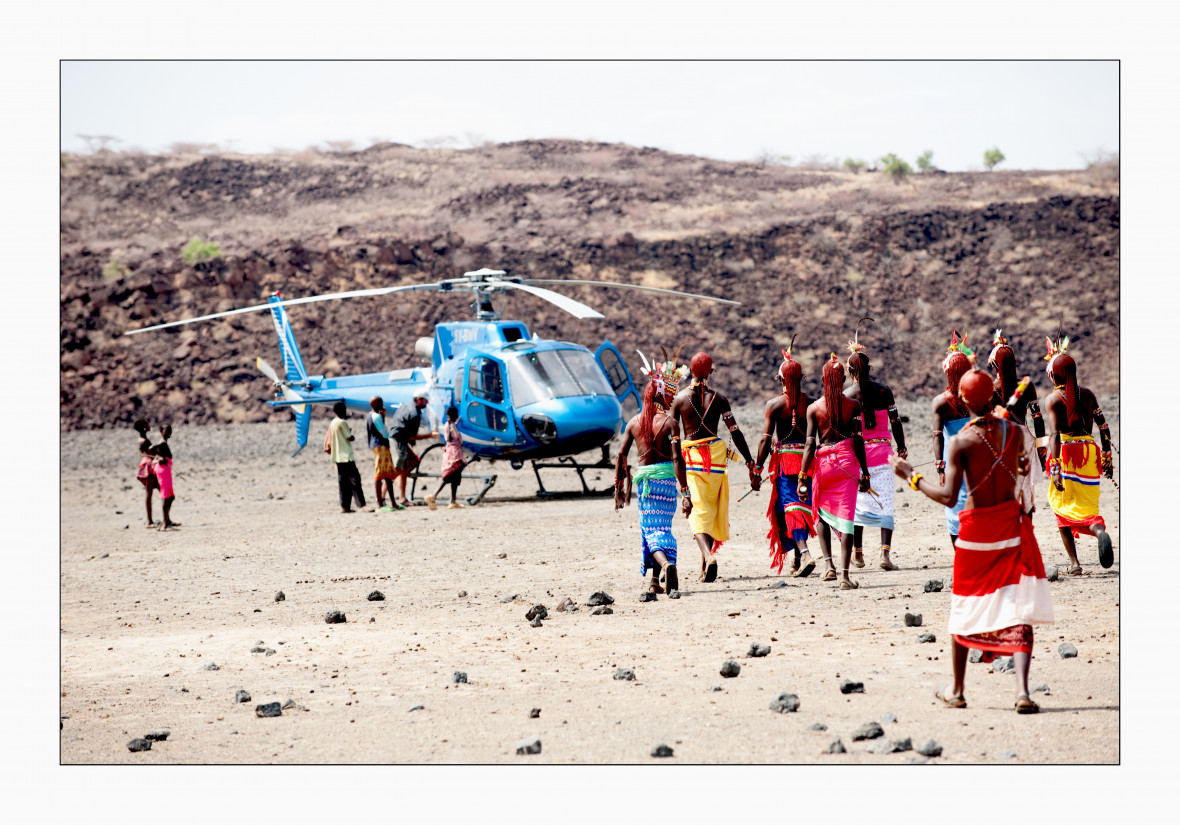 Is there one place in particular that has gripped you?

The first time you go somewhere, that point of discovery is always the most exciting time to be in a place – like the first time I went to Ethiopia I went up there filming with the BBC. They took us to the Simeon mountains to go make a film about the vultures. That was the most spectacular landscape I’ve ever come across, and to be paid to go fly around there pretending to be a bird…that was the landscape that really stood out the most.

Has seeing the land through the eyes of filmmakers changed your perception?

What I learned from film I have been able to use in my other lines of work. Through tourism, we have started exploring more; when you do film, they have very specific tasks set. Tourism pushes you to go more in depth and to discover, whereas with film work they hand you the discovery on the plate. But then I can grow it to become a tourism product. It’s also worked in reverse, because through multiple visits you start to learn more. When the film crews come to me, I can suggest areas that might be better than their research has shown. We work with geographical surveys and geologists, too. They’re looking for an operator who’s experienced in navigating the country, the permits, the bureaucracy. We’re becoming local experts.

Has that translated into knowledge of the area’s local wildlife, too?

Absolutely. If I take people for a flight, I know where I’m going to find certain animals, especially around Kenya and Tanzania. I’ll be able to tell them what to look out for; if the elephants are coming up to the dams at a certain time of day to drink, or if it’s a good place for giraffes. You really get to learn where and how to find animals.

Could you tell us a little about the local conservation efforts…

Anti-poaching is one of the main conservation efforts, because in order to protect wildlife you’ve got to have boots on the ground. We sometimes do collaring exercises with elephants – fitting a GPS tracking collar on the elephant. By doing that you can monitor the movements of a specific herd, and that gives you an idea of where the elephants feel safe. It helps people who are preserving large plots of land for wildlife because it proves the elephants stay in that area. It’s a really useful tool for conservationists to understand wildlife movements. 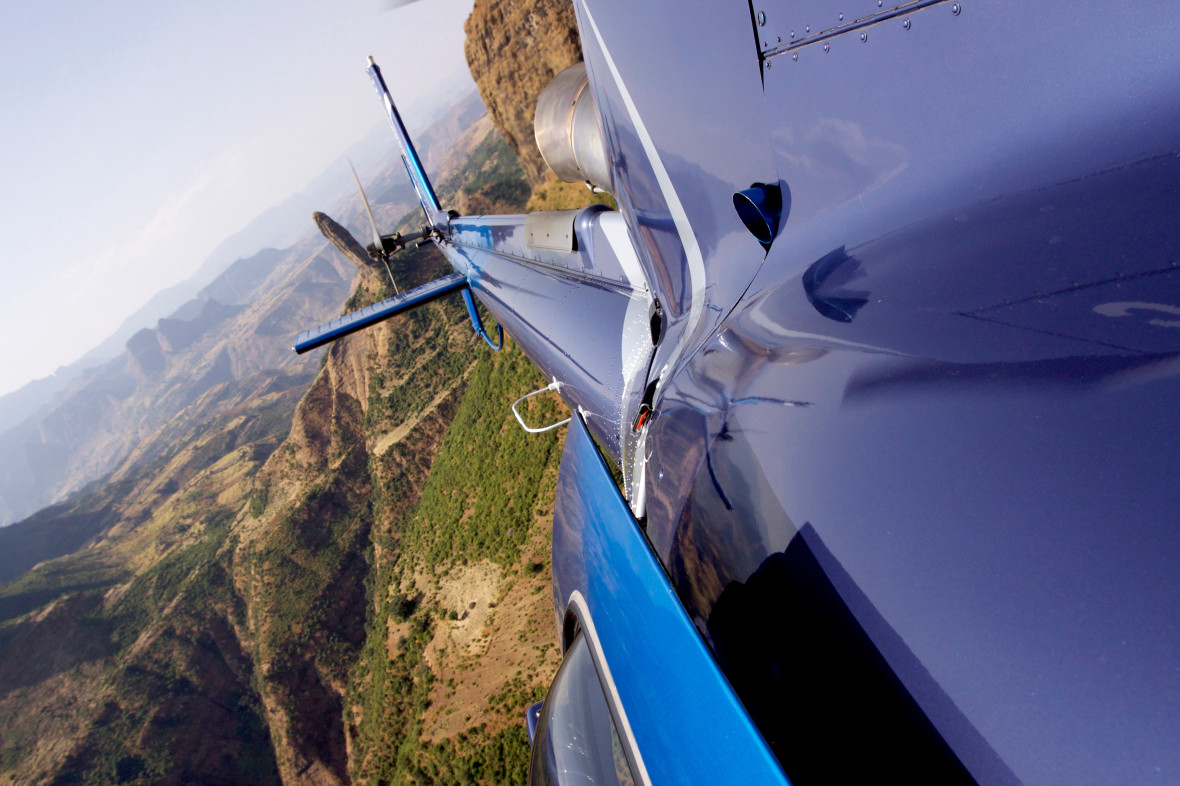