After moving from Mongolia to the United Kingdom, Saruulgerel Enkh-Amgalan made the decision to transform himself – turning a 22-letter name into a short yet memorable moniker: Chef Eggi. The new Head Chef at Argentinian steakhouse Gaucho’s Hong Kong tributary has been putting his own unique stamp on the brand’s trademarks the world over, having previously worked in the UK and Dubai. He shares insights gained from his culinary travels, the fine art of understanding the local palate, and more… 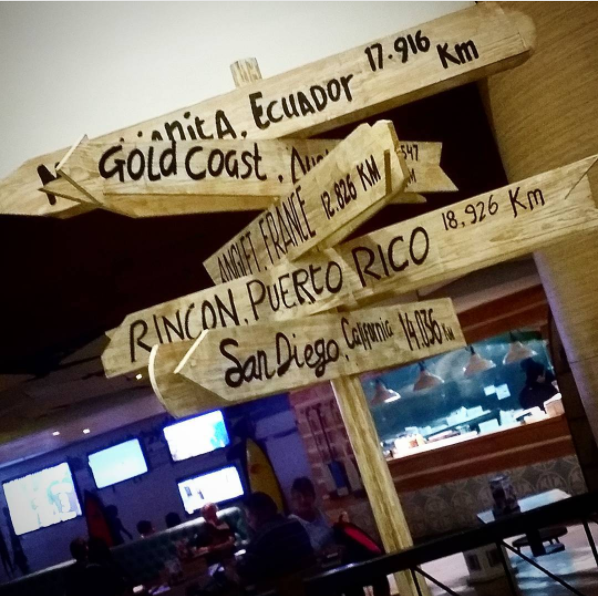 This is the first time you’ve been back to Asia since you left in 2009. What's it been like so far?

It’s been very odd. Hong Kong is a very busy place, it never stops. At 4 am the streets are still full of people, which is awesome. It never stops. I haven’t had a day off yet to explore the city so it’s difficult to tell but I think it’s very friendly and very free here. This is one of the freest places; you can do whatever you want to do.

Do you longing for certain foods from your childhood?

In Manchester there were over 100 Mongolians and we shared living spaces. If you’re living together, you cook together. When we went out, there were Mongolian BBQ places and Mongolian themed food.

Read "An Amazonian experience unlike any other"

What were some of your first passions?

I moved down to the capital city to study to be a TV and movie cameraman and I worked in television for two years, mostly on reality shows, going out and going to different places, shooting videos… It was awesome. A hard job though, especially in the wintertime. Mongolia gets to -40 and you have to stay outside in the camera. The camera didn’t suffer as much as I did!

What ignited your interest in food?

When my cousin asked me to come to the UK, I thought I’d go for a few months, maybe one or two years get to know the place and learn English. I had just finished studying and was free as a bird. The first job I could find was working in the kitchen so I started off washing the dishes. That was back in 2009. That was Gaucho.

When I started working, there were another eight people from Mongolia in the same restaurant. We helped each other, taught each other; motivated each other. We all wanted to grow. It’s a cool job – in an open kitchen you get to work, cook, play with fire; for a person like me who’d never worked in a kitchen before it was a huge thing to be motivated by all this action. This kind of feeling pushes me. 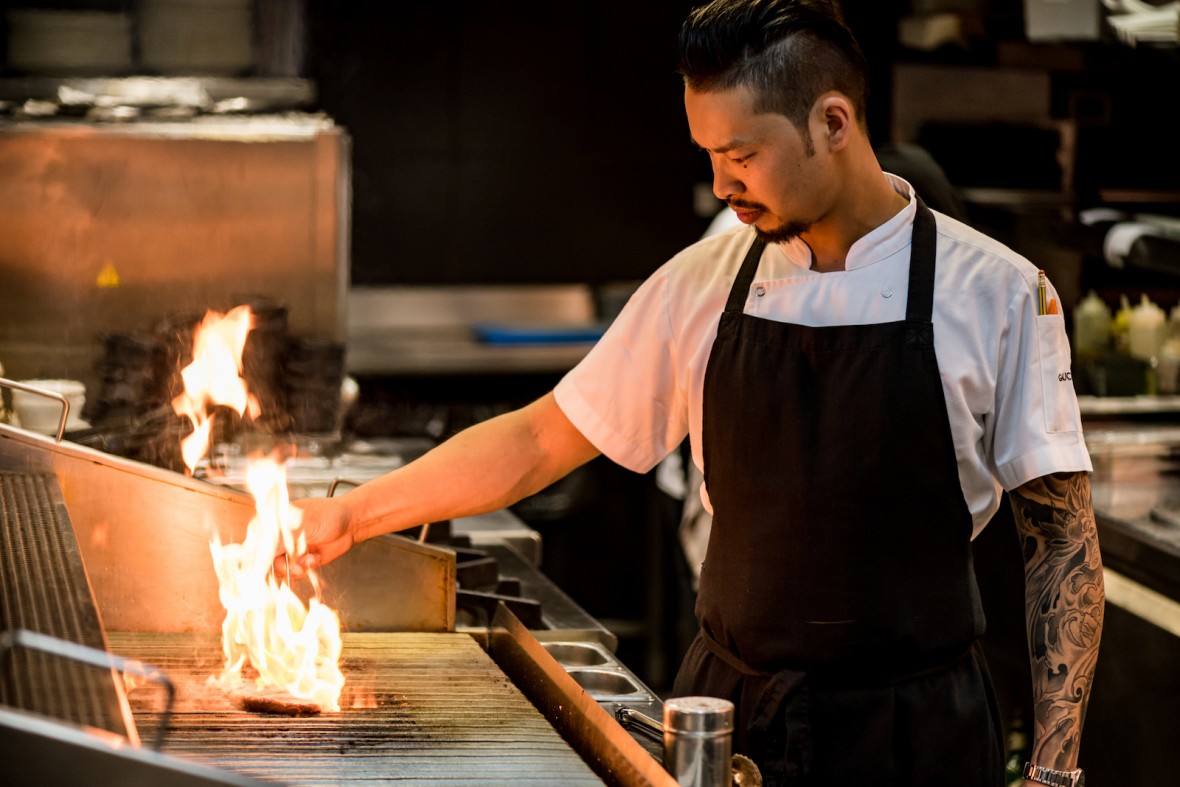 How does food influence the way you see new places?

I’m interested not just in the ingredients we use and the people we serve, but also the culture of people and what they eat traditionally. In England, steak and chips is common, but in Dubai where I was for the last two years, people like Arabic food and hummus. That doesn’t mean I’m going to put hummus on my menu, but we can work to adapt and get ideas from local ingredients and influence. It’s been the same coming to HK – group dining is a common experience here, so based on that, we are creating sharing platters and a group dining experience. Food is not about following an exact edition. You work with the palate of people to find out what they like to do, explore it, and play with the taste from there...

What are you creating here, in a nutshell?

It’s pretty much the food experience of beef and wine. They are the two main things you’ll find. You either enjoy Argentine steaks or fine made wines. When they match correctly, that’s when you get the real traditional experience. That’s the Gaucho experience.

And what does tradition mean to you?

It’s home gatherings; it’s family things. In Argentina you go with your family to Asado, have a good time, drink some wine. That’s what Gaucho life is all about, and that’s what I try to deliver each and every day.

What traditions are you looking to delve into next?

I am young and free so I want to explore more countries, more places, more cultures. I may be looking into Africa, Australia, who knows? We get to learn more, share more, and enjoy life. 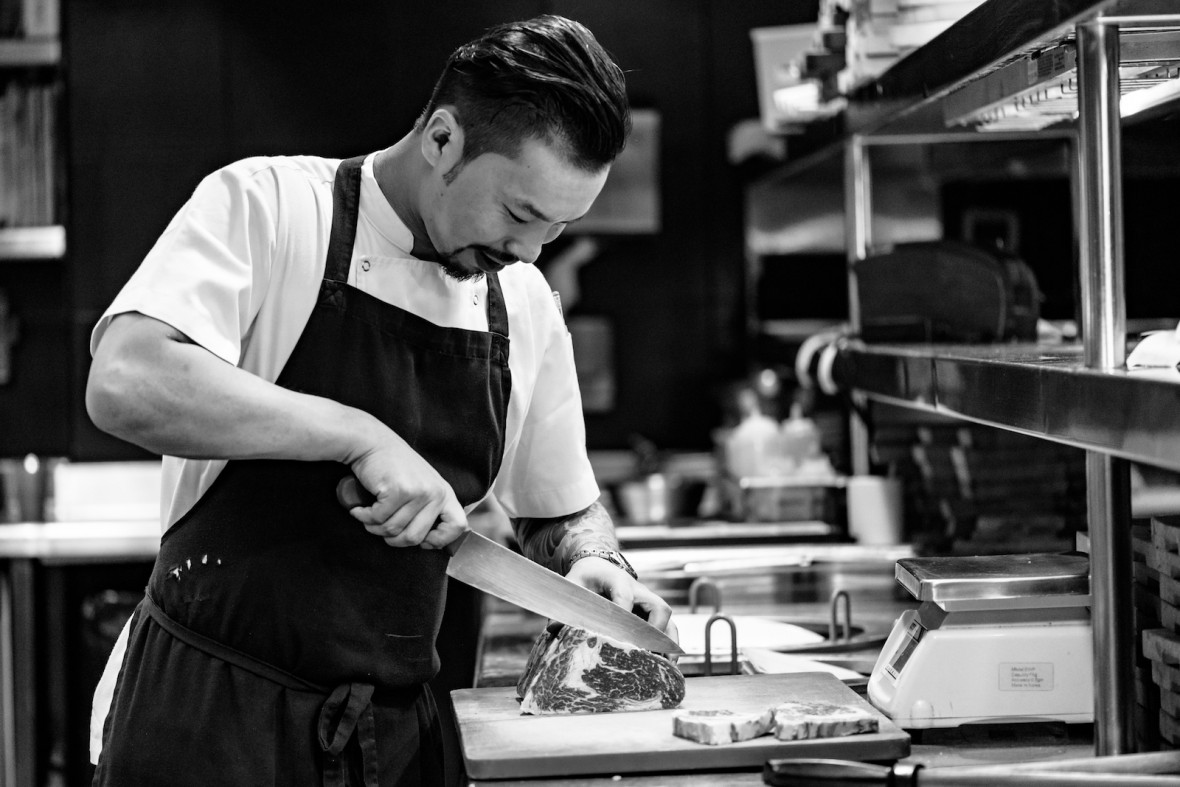