Sweden
Lapland in an Arboreal Abode


Sometimes, going far away, to a remote and secluded corner of the world, surrounded by nature and tranquillity just doesn’t cut it anymore. The Tree Hotel in the Swedish Lapland allows you to stay in the canopy of the Arctic Forest, allowing you to go one step further in your search for intimacy and seclusion. With the hotel’s uniquely creative and innovative rooms, you’ll be able to play out a childhood fantasy in an outer-space treehouse, or become one with the forest in as the northern lights begin their parade, and shine above your bed. 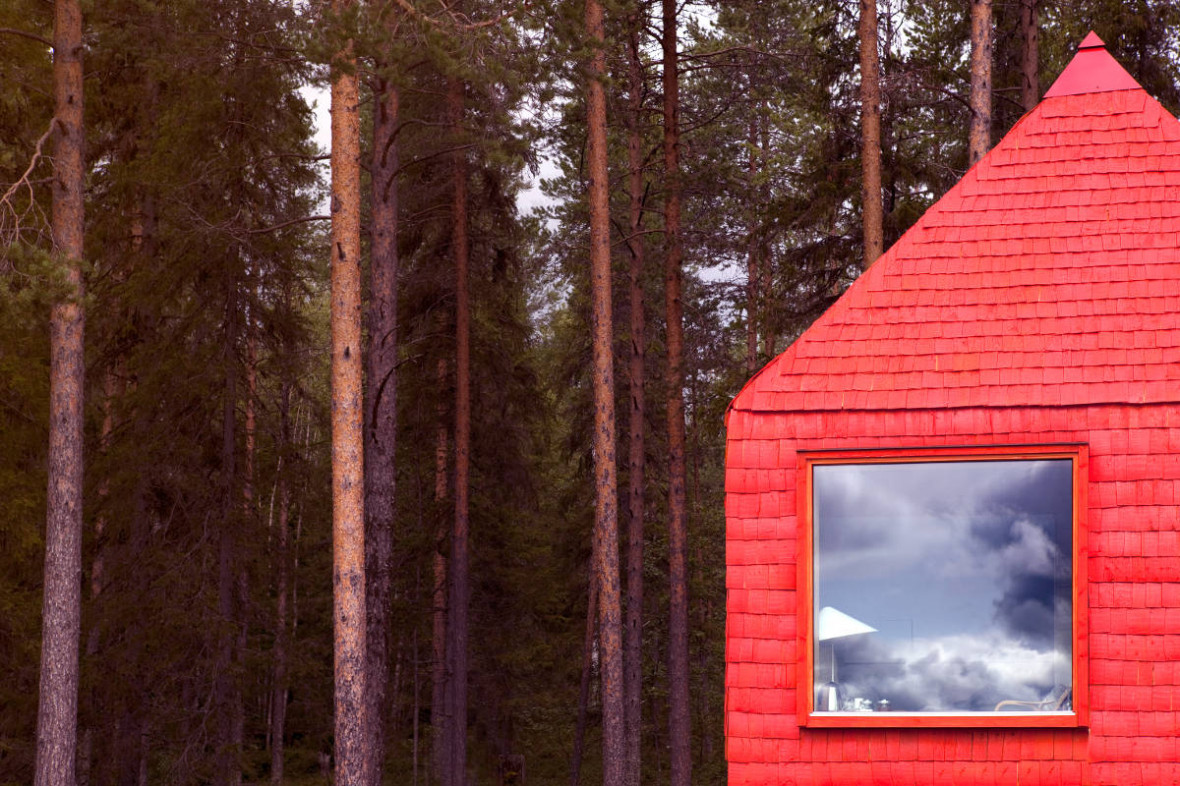 The rooms are so imaginative that some seem readily out of a fairytale or a sci-fi show. The Mirrorcube is a camouflaged room covered in mirrored walls that reflects its surroundings to create a magical effect. Step in and achieve a level of seclusion like no other. Just because the world can’t see you doesn’t mean you won’t have a breathtaking view of the Lule River Valley. The Birdsnest is, quite literally, a gigantic bird’s nest perched on a tree. The interior, however, is a comfy nook that houses a family of four humans, or two very large albatrosses. The UFO spouses a different philosophy from the other two and rather than blend in strives to stand out. A flying saucer suspended in the trees, houses 2 adults and 3 children on separate beds. The UFO is so cool, your childhood self from the past will high-five you across the fabric of space-time.

GO ON AN AMAZING HOLIDAY 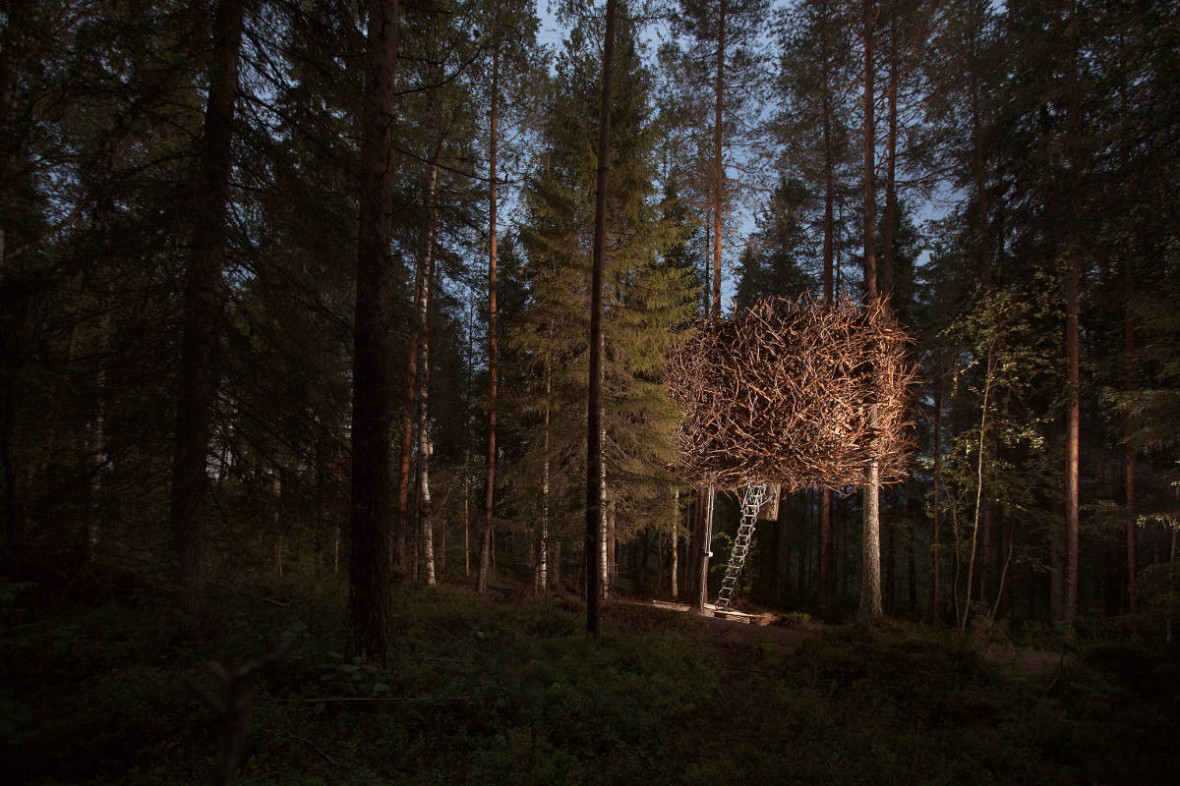 The remaining rooms go a bit easier on the novelty but they create a very powerful effect nevertheless. The 7th Room is suspended 10m above ground. The inner patio is a suspended net where you can lay down and become one with the trees, even sleep there during the summer. It has a north-facing panoramic window that could be your front row for a Northern Lights show. The bedrooms have skylights so that, should the lights appear, you need but look up and navigate that curious region between two dreams. The Cabin has a privileged view of the valley and is suspended high up in the canopy, ideal for honeymooners. The Blue Cone is a traditional wooden cabin that is perched on a three-based platform. Finally, Dragonfly is the Tree Hotel’s largest room, with a conference room that sits ten. 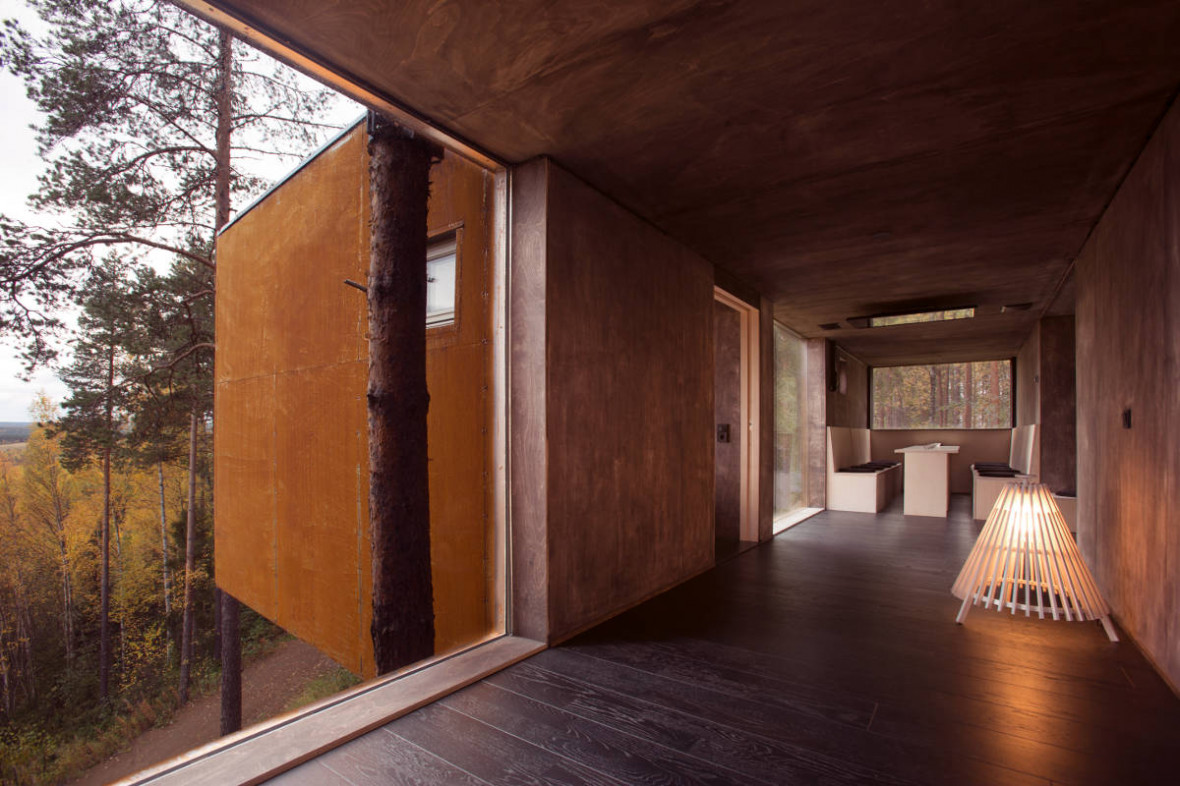 All guests can enjoy the Guesthouse, where meals are served and a general meeting point to plan activities. During the Summer months, you can go looking for bears, ride on horseback, among many other activities. The Winter months bring the Northern Lights. 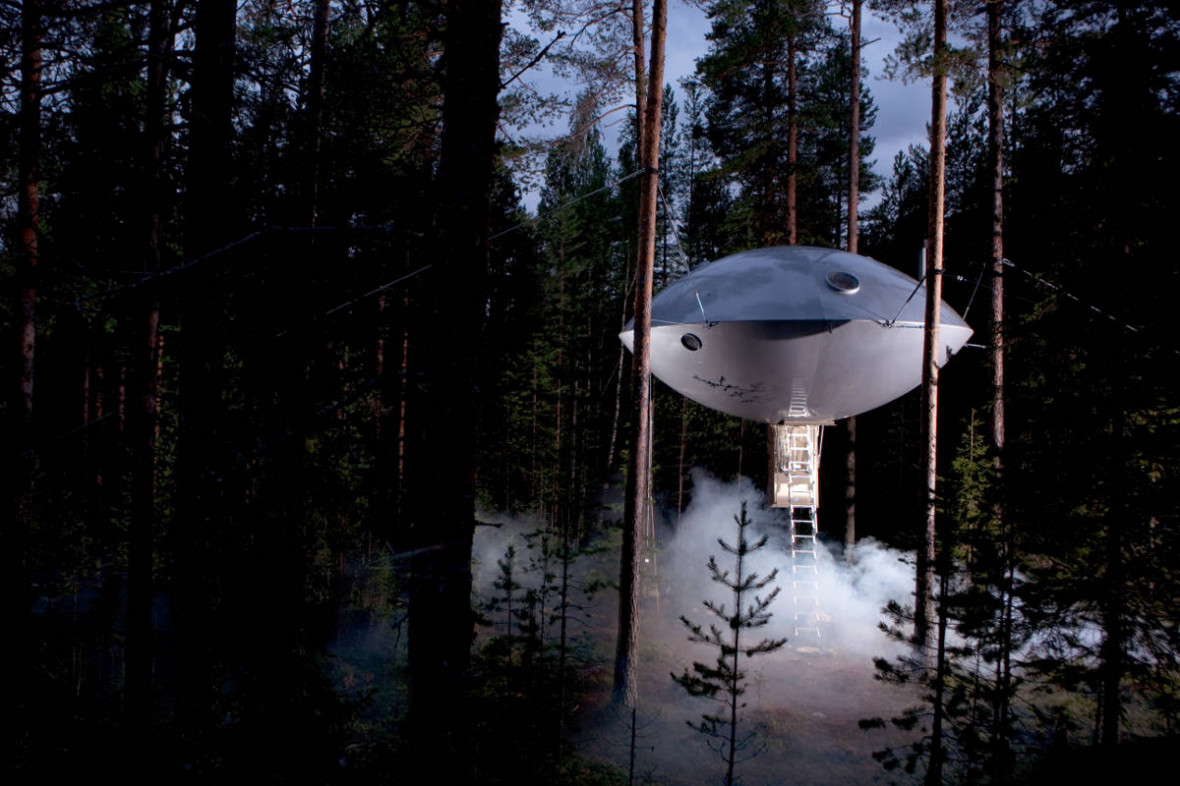